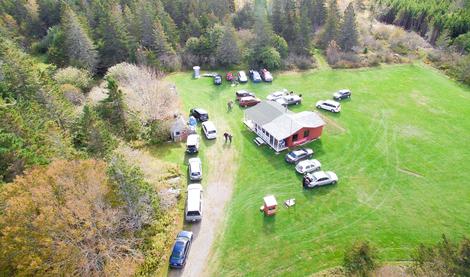 This was truly a great day. 73 shooters poured in the take part in the classic, the sun was out with light winds, yes a great day.

The scores were very solid as you can see below.

The HOA score for the day was a decided with a shoot off between Jason Bartlett and Mark Amero  both breaking 93 of their 100 targets. The tie breaker saw Mark coming out on top and  placing Jason at the top of the A class. Second place Justin Hines 91/100.

The Classic saw seven shooter bringing their 50+ year old shotguns to compete for a spot on the Joe Blackman Trophy. Shooter #237 Ralph Grant the winner with ( 84/100) will have a spot on the trophy along with Mark Amero, todays HOA. (High Over All)

Top Junior shooter today was Patrick Melanson with a score of 75/100. I hear that Gary will now be loading Patrick's ammo for a while.

Don Troop was the top shooter in the D Class with a score of 62. Second place went to Nate Francis also 62 breaks.

Check out where you Placed overall.